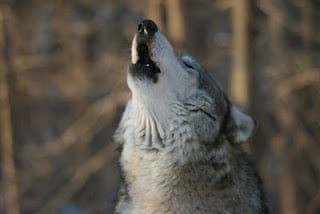 What was the wolf delisting court hearing all about?

June 15, 2010 – U.S. District Judge Donald Molloy heard arguments on whether gray wolves in Montana and Idaho should be protected once more under the Endangered Species Act (ESA). ESA protections for wolves were eliminated in the northern Rocky Mountain States of Idaho and Montana, and parts of Utah, Washington and Oregon in May of 2009. In delisting wolves, the Fish and Wildlife Service authorized Idaho and Montana to hold wolf hunts last year, Montana’s ending with 73 wolves killed and Idaho with 185 killed. The controversial hunts as well as the state-by-state approach to delisting wolves raised hackles from several conservation groups and just over a year ago, 14 advocacy organizations filed suit to restore federal protections. We are still waiting for Judge Malloy to rule on this case, he will make a decision later this year.

June 21, 2010 – Louisa Wilcox of Natural Resources Defense Council wrote an noteworthy piece on the June 15th court hearing. Wilcox is not only with NRDC, she is also married to attorney Doug Honnold who argued the case for the plaintiffs. Wilcox raises some interesting points and reveals some of the inconsistencies in the government’s arguments.