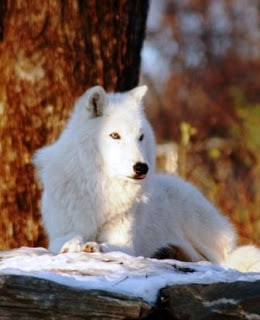 Federal protections for wolves were eliminated in the northern Rocky Mountain States of Idaho and Montana, and parts of Utah, Washington and Oregon in May of 2009. In delisting wolves, the Fish and Wildlife Service authorized Idaho and Montana to hold wolf hunts that year, Montana’s ending with 73 wolves killed and Idaho with 185. The controversial hunts as well as the state-by-state approach to delisting wolves raised hackles from several conservation groups and in little time over a dozen of them filed suit to restore federal protections. Just over a year later in August of 2010, the plaintiffs were victorious as U.S. District Judge Donald Molloy ruled that the federal efforts to remove federal protections from Montana and Idaho but not neighboring Wyoming were driven by politics, not science. His ruling was celebrated as a win for wolves and the Endangered Species Act (ESA) as it is applied to wolves and other endangered species.

Last week, ten of these plaintiffs announced that they aim to settle with the Department of Interior regarding federal protections for wolves of the Northern Rockies. Many wolf supporters are shocked and outraged by this proposal offered by conservation groups that were victorious less than a year ago.  If this proposal is approved by the court, it will remove the recently restored federal protections for wolves in Idaho and Montana and once again allow public hunting of the predator in the two states. Although the majority of the plaintiffs are on board to settle, three wildlife advocacy groups are holding firm. The Alliance for the Wild Rockies, Western Watersheds Project, and Friends of the Clearwater pledge to continue to fight the battle for wolves in the Rockies.

Today, Judge Malloy will once again hold the fate of this controversial population of wolves in his hands as the proposal to settle goes before his court in Missoula. So now we wait for a decision and hope that the rift between the several conservation groups and their supporters will not prevent us from accomplishing a goal that we all once shared – to safeguard the future of this misunderstood predator the cornerstone of our Country’s environmental law, the ESA. Stay tuned…

To read more about today’s hearing and the proposed settlement from the Missoulian, please click here.