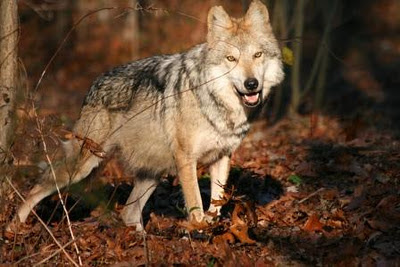 Due to current Congressional threats to one of America’s cornerstone environmental laws, the Endangered Species Act (ESA), many species are in peril including the critically endangered lobo. The 2012 Interior budget (HR2584) contains devastating amendments which threaten our country’s environmental programs like never before in modern history.  Wolf Conservation Center supporters often ask what they can do to safeguard the future of wolves here in our country and the National WolfWatcher Coalition (NWC) is offering some guidance.

In speaking with several environmental staffers in Washington DC in the last year, the NWC learned that postcards are a noticeable means by which citizens can make their voices heard because they are unique, brief and easily accepted via mail.  Thus, NWC encourages wildlife supporters across the nation to send a unique postcard, along with a brief statement in support of the ESA, from your location to a select number of pro-environmental and moderate (on-the-fence) representatives in Congress.

To learn more about the ESA and the threats this law faces, please listen to Defenders of Wildlife‘s Robert Dewey in an interview from last month.