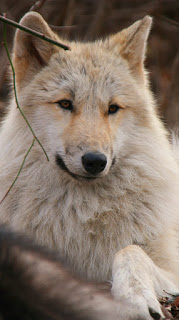 Back in November, the Alaska Wildlife Alliance rallied their supporters to speak up for the Alaskan wolves of Kenai and thanks to the overwhelming number of comments submitted to the Alaska Board of Game, the proposals to begin aerial wolf killing on the Kenai Peninsula were postponed until January 2012.
The temporary reprieve for Kenai’s wolves ended last week when Alaska’s Board of Game approved the “intensive management” of wolves on 19 million acres of wildlife refuges in Alaska. Hackles were raised among the masses who originally spoke up on behalf of Alaska’s wolves back in November and also with the National Park Service! Just days after Alaska’s State government voted to push forward wolf control programs, Federal Government pushed back. Alaska Dispatch reports “Most of the land the wolves roam is within the Kenai National Wildlife Refuge, and officials there reiterated Tuesday that they are not going to play along with the state.” This showdown between the state and federal government will likely continue but in the meantime, wolves are coming out on top!

To read more about this small but significant victory, please click here.