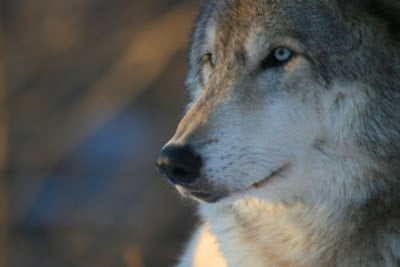 When Congress passed a 2011 budget rider (Sec. 1713)last spring that removed Endangered Species Act (ESA) protections from wolves of the Northern Rockies. Wolves in Idaho, Montana, eastern Washington, eastern Oregon and northern Utah were removed from the endangered species list and put under state control. Congress excluded Wyoming from this rule so wolves of this state are still federally protected, but likely not for long.

Although U.S. Fish and Wildlife (USFWS)had previously criticized Wyoming’s wolf plan on the grounds that unregulated shooting in most of the state would reduce the state’s wolf population below federally required levels, this plan that scientists concerned is now back on the table.Furthermore, next week the House of Representatives will work on the 2013 Budget Bill and many fear that Wyoming’s Congressional delegation will seek to get another “no judicial review” budget rider passed to protect the extremely controversial wolf plan from being challenged in court. If your hackles are up, the National WolfWatcher Coalition offers a quick and easy way you can be a voice for Wyoming’s wolves. http://wolfwatcher.org/news/all-news/urgent-action-needed-for-wyoming-wolves-now/

Wyoming’s proposed wolf management plan calls for the state to: