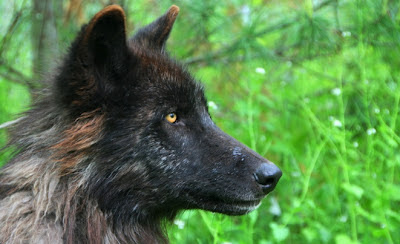 As we began 2011, wolves of the Northern Rockies were listed as  endangered. Just a few months later everything changed for this special  population of predators.

A year ago Congress passed a 2011 budget rider (Sec. 1713) that  removed Endangered Species Act (ESA) protections from wolves of the  Northern Rockies.  Wolves in Idaho, Montana, eastern Washington, eastern  Oregon and northern Utah were removed from the endangered species list  and put under state control.  Congress excluded Wyoming from this rule  so wolves of this state were still federally protected.

Although U.S. Fish and Wildlife (USFWS) criticized Wyoming’s wolf  plan on the grounds that unregulated shooting in most of the state would  reduce the state’s wolf population below federally required levels,  last summer Wyoming Gov. Matt Mead and Interior Secretary Ken Salazar  reached an agreement to propose stripping ESA protections from Wyoming’s wolves.

Today, the USFWS made it official, announcing that the Wyoming population of gray wolves is recovered and no longer warrants protection under the ESA.   Beginning September 30th, wolves  in Wyoming will be managed by the state under an approved  management  plan, as they are in the states of Idaho and Montana.

Wyoming’s wolf management plan calls for the state to:

Many of our supporters have reached out to us asking how they can  take action on behalf of Wyoming’s wolves.   Defenders of Wildlife will be taking this fight to the courts, and we encourage you to spread  the word, and show the administration that this was a mistake. Stay tuned.