Mountains Understand Lobos. Can We? 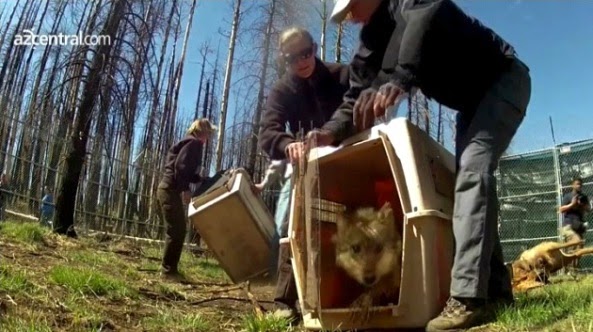 Sixteen years ago 11 captive-reared Mexican wolves were released to the wild for the first time in the Blue Range Recovery Area of Arizona and New Mexico. Missing from the landscape for more than 30 years, the howl of the rarest and most unique subspecies of gray wolf was once again greeted by the mountains of the southwest. My 6-yr-old daughter and I visited those very mountains last summer. Our mission, to camp in the current lobo recovery area and learn more about America’s most endangered wolf.

While camping in Arizona’s Apache National Forest, we didn’t see a single wolf, not even a trace. Although our campground was within the Bluestem pack’s territory, neither of us was surprised. Wolves are shy and elusive creatures. I was surprised, however, at the number of cows we saw mingling among the dense pine and Aspen trees right there on the wild landscape. My daughter thought they were cute. 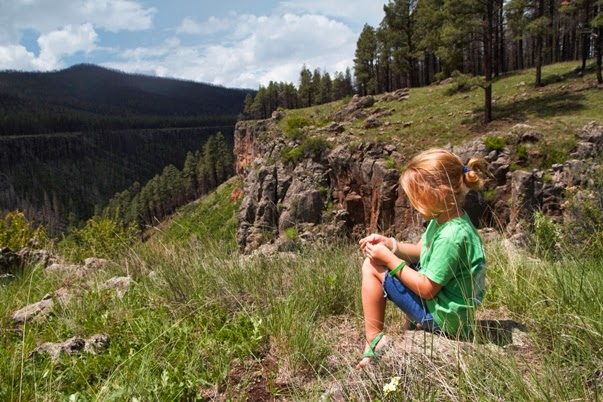 On our final day, we revisited the site that inspired some of Aldo Leopold’s most powerful words from his essay “Thinking Like a Mountain.” And as we stood on the very spot where this most influential conservation thinker of the twentieth century “reached the old wolf in time to watch a fierce green fire dying in her eyes,” it was difficult to fend off emotions of sadness, gratitude, and understanding. Is it possible that Leopold had realized the impact his words would have? As we sat where he long ago came to realize the importance of the lobo, I felt as if he had then imagined us walking in his footsteps to behold the inspiration of his revelation. I explained to my daughter why the view was more than breathtaking, and without many words, she seemed to grasp its significance.

“Without wolves, the mountain is sick,” she explained. “The mountain needs wolves.”

She got it. Wolves are a critical keystone species in a healthy ecosystem. By regulating prey populations, wolves enable many other species of plants and animals to flourish. In this regard, wolves “touch” songbirds, fish, and butterflies. Without predators, such as wolves, the system fails to support a natural level of biodiversity. The mountain gets sick. 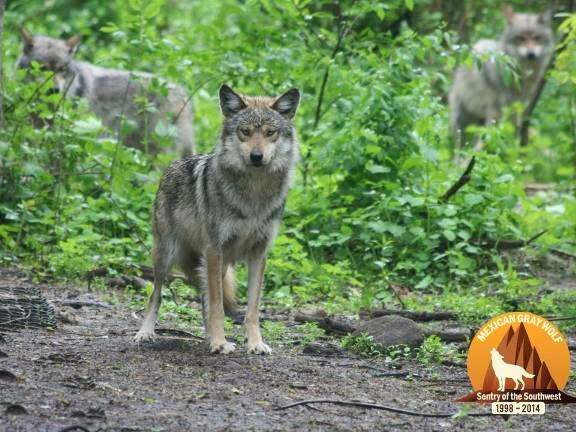 It’s #Lobooweek, the 16th anniversary of the first releases of Mexican wolves back into the wild. I hope we can all continue to celebrate the new holiday every year and that one day my daughter can return with her children to be greeted by the howls that those mountains will forever understand. But this won’t be possible if we let history repeat itself.

Only 83 Mexican wolves remain in the wild and Arizona lawmakers are poised to worsen the lobo’s already-tenuous plight. The future of Mexican wolves is on shaky ground. Now is the time to right our wrongs of the past. For the sake of wolves, the environment, and future generations to come, it’s key that we take the necessary management actions urgently required for the long term survival of Mexican gray wolves.