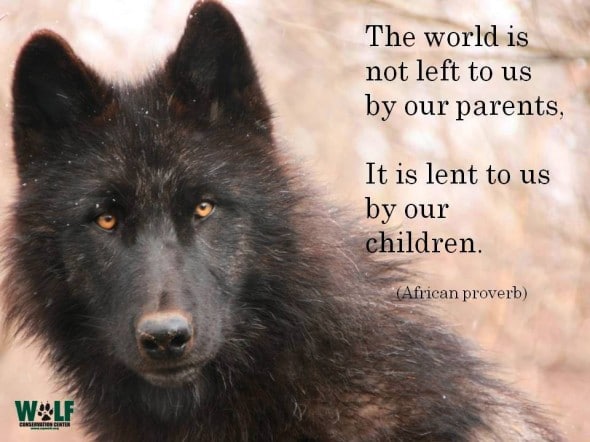 Almost 200,000 concerned citizens from around the globe have signed Pacific Wild’s online petition opposing the British Columbia government’s scientifically unsound wolf slaughter. The government aims to inhumanely kill hundreds of wolves by helicopter for the next five years in the name of conserving declining caribou herds, this season 84 were killed. Decades of habitat destruction and human encroachment have left B.C.’s mountain caribou on the edge of extinction. Instead of protecting critical food and habitat for caribou, the B.C. government is placing the blame on wolves.

Recognizing a need to take action, Ashley, an inspired seventh grader from John Jay Middle School, mobilized support for B.C.’s wolves. Ashley appealed to her school and was granted permission to make a presentation about the situation in B.C. and her concern for the misunderstood predator. Her speech motivated both students and faculty alike to take action and sign Ashley’s petition to help stop the B.C. crisis in its tracks.


Wolves Cry – By Ashley S. from Pacific Wild on Vimeo.

Ashley exemplifies the amazing potential of their generation to make this world a better place. Thank you, Ashley!