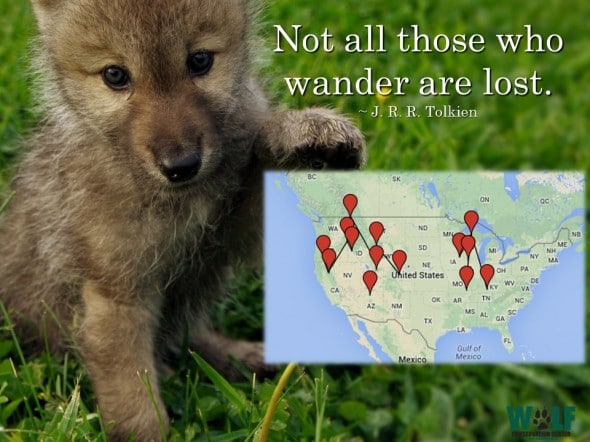 For the second time this year, a canine that is believed to be a gray wolf has been found in Illinois. Sadly, the animals (both female) were found dead after falling victim to vehicles. Read more here.

Wolves once roamed the U.S. from sea to shining sea. But slaughter by humans resulted in bringing wolves to the brink of extinction. In recent decades, reintroduction and conservation efforts have revived gray wolf populations in some regions. And now, the carnivores are making inroads into other historic territories on their own. High Country News plotted a few other notable wolf treks of late on a map, with lines that give a crude sense of the distance they’ve traveled.