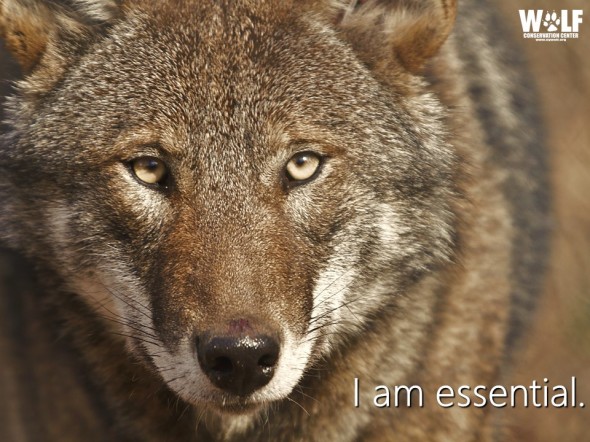 USFWS Media Release Atlanta – On Tuesday, June 30, U.S. Fish and Wildlife Service Regional Director Cynthia Dohner will announce decisions on the Non-Essential Population of Red Wolves in North Carolina. The announcement is being made after a comprehensive evaluation of the population and its role in the overall recovery effort for red wolves by The Wildlife Management Institute in November.

Red wolves remain among the world’s most endangered species. With less than 100 in the wild, they are classified by as “Critically Endangered.” Only one place on the planet are wild red wolf populations viable and secure – North Carolina. But the state’s Wildlife Resources Commission has asked USFWS to terminate the red wolf recovery program there, a move which would inevitably result in the loss of the last wild population of red wolves and render the species extinct in the wild.

Tomorrow, USFWS will announce whether the agency will continue, modify, or end recovering this rare and periled species.