Stand up for Denali’s Wolves 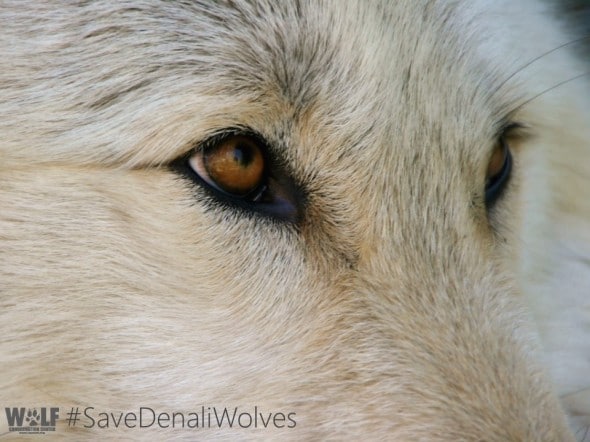 For five years now, there has been a notable decline in the number of wolf sightings in Denali National Park and Preserve.
New research indicates that wolf mortality rates in Alaska’s Denali National Park have recently spiked to worrying levels, with the lowest estimated wolf density recorded this year since monitoring began in 1986.
And the percentage of sightseers who actually spot a wolf has dropped from 45% to only 6% percent as of last summer.
The wolves commonly seen by visitors to Denali National Park often leave the park to follow migrating prey species such as caribou. Prior to 2010, one of the areas at the boundary of the park most frequented by wolves was closed to hunting by the State of Alaska. However, in 2010, the NPS eliminated the zone making wandering wolves vulnerable as they slip into unprotected wilds.
With the disputed wolf hunt on state lands outside Denali National Park set to resume next month (August), we are calling for state officials to again make use of an emergency ban to block the hunt as they did earlier this year, when Alaska Fish and Game Commissioner Sam Cotten closed the wolf hunt northeast of the park in May, 2015 – two weeks early after a hunter legally killed two wolves. This ban expired June 30; so come August 10, Denali wolves will once again be vulnerable to hunting and trapping.
Alaska Governor Walker and the National Park Service both have agreed to begin negotiations for a permanent solution. Until then, however, we’re asking for emergency closures in the park and boundary areas before August 10th when wolf hunting resumes.
Please call on Governor Walker, Alaska Board of Fish and Game, and the representatives of the National Park Service to reinstate May’s emergency closure so that state and federal officials can finally negotiate a permanent conservation easement that will protect Denali’s wolves for future generations!