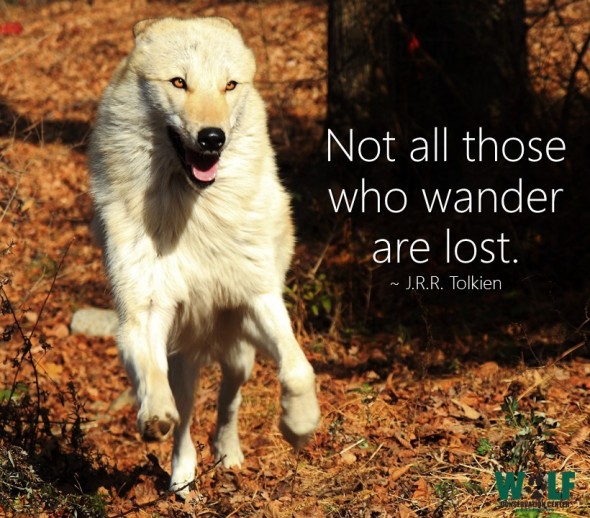 Wolf Sighting in South Dakota?
New video captures what appears to be a gray wolf in the Black Hills of South Dakota! Read more.

Currently, wolves have returned to less than 10% of their historic range in the lower 48 states. But wolves do wander and if given a chance, they can establish themselves in area with suitable habitat and availability of prey.

In recent years, there have been reports of wolves from Canada crossing the frozen St. Lawrence Seaway into Maine, wolves traveling miles south into the southern Rocky Mountain states of Utah and Colorado, a pioneer and media sensation (wolf OR-7) who made the Golden State home, and a homecoming on the northern rim of the Grand Canyon where “Echo” broke new ground.

Run free and be safe. ‪