Raising Awareness for Wolves With Webcams 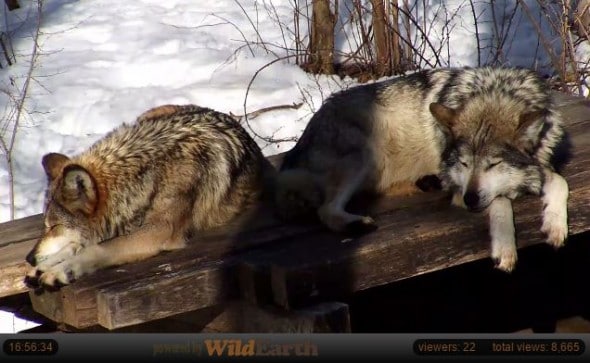 Year round, visitors to the Wolf Conservation Center enjoy meeting Ambassador wolves Atka, Alawa, Zephyr, and Nikai, but the WCC is actually home to 26 wolves! Most of the WCC’s “other” 22 wolves, both Mexican gray wolves and red wolves, reside off-exhibit, but not necessarily out of view! Unbeknownst to the some of the wolves, live webcams invite an unlimited number of viewers to enter their private lives.

Before breeding season begins this winter, the WCC hopes to install three additional webcams and we need your help.

Webcams offer an opportunity for WCC staff to better care for wolves in their charge, raise awareness for an animal many may never see, and engage a global audience to become interested and active in wolf survival.

If you are able, please consider making a donation to help us in this effort. Every penny helps! 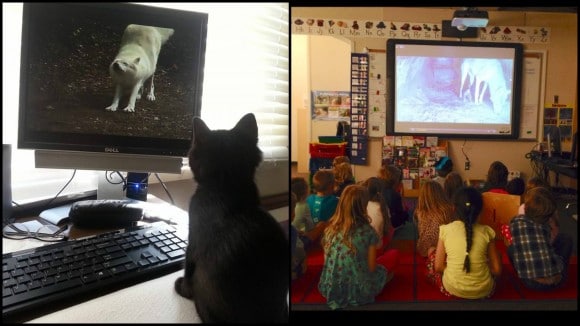 Year round, webcams offer a big contribution to our efforts.

The WCC participates in the Species Survival Plan (SSP) and Recovery Plan for the Mexican gray wolf (Canis lupis baileyi) and the red wolf (Canis rufus), which are among the rarest mammals in North America. Both species at one time were completely extinct in the wild. Under the aegis of the Endangered Species Act, reintroduction efforts in the past two decades have established small, wild populations of about 50-75 red wolves and 110 Mexican grays.

Organizations participating in the SSP are tasked with housing and caring for the wolves, collaborating in the captive breeding program, and sharing observations and recommendations for release.

Wolves are naturally fearful of people, and a number of the WCC’s SSP wolves are candidates for release. Maintaining their timidity around people is essential if we want them to have a good chance of survival when they are released into the wild. Our SSP facility provides a natural environment where these most elusive creatures can reside with minimal human contact. Although this setting safeguards the natural behavior of these wolves, it also poses a great husbandry challenge for our staff: How to care for animals that we rarely see?

In the spirit of George Orwell’s “1984,” the WCC uses webcams to observe food and water intake and monitor the physical well-being of each wolf without the animals’ knowledge. The cameras allow staff to study family dynamics and thus make the best recommendations with respect to which wolves are most suitable for release.

The cameras also give an unlimited number of viewers an opportunity to learn about these critically endangered species and our efforts to recover them. Thanks to the webcams, the Center’s educational reach far exceeds the boundary of its gates in South Salem, NY! The webcams have been wildly popular among people (and cats?) all around the world!

So sit back, relax, and enter the private lives of these fascinating creatures.