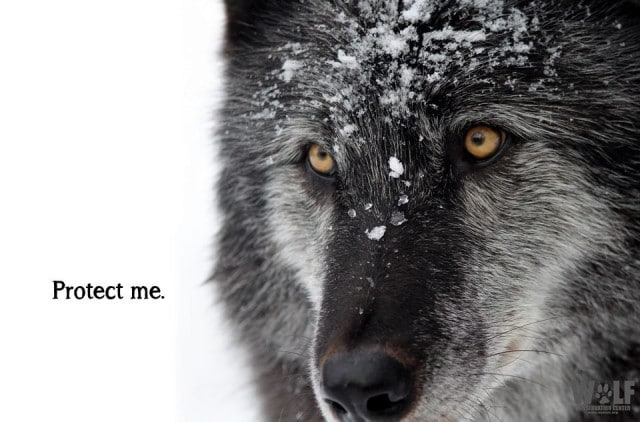 U.S. Senator Ron Johnson (R-WI) introduced an amendment to the Energy Policy Modernization Act today which, if enacted and signed into law, would strip wolves of their federal protections in Minnesota, Wisconsin, Michigan, and Wyoming and thus allow hunting and trapping of those wolves to immediately resume.

It’s the second effort this month to legislate the wolves back off the list. A virtually identical provision was successfully included in the so-called Bipartisan Sportsmen’s Act of 2015 by U.S. Senator John Barrasso (R-WY). To add insult to injury, the language in both bills include a “no judicial review” clause thus prohibiting any legal challenge. The Bipartisan Sportsmen’s Act of 2015 passed out of the Senate Environment and Public Works (EPW) Committee on January 20 by a vote of 12 to 8 so now it goes to the full Senate.

Background
In September of 2014, federal protections for gray wolves in Wyoming were reinstated after a federal judge invalidated the U.S. Fish & Wildlife Service’s (FWS) delisting of wolves in that state. In December of 2014, federal protections were also reinstated for wolves in the western Great Lakes region (including Michigan, Minnesota, and Wisconsin) after another federal judge invalidated FWS’s delisting of wolves in that area. In both cases, the federal courts held that the state management plans for wolves at issue did not sufficiently protect wolves. The result of these two recent court decisions is that wolves in Wyoming, Michigan, Minnesota, and Wisconsin are back on the federal Endangered Species Act (ESA) list. This delisting amendment nullifies both of these federal court decisions, directing the Secretary of the Interior to reissue the two wolf delisting rules that federal courts found illegal under the ESA. Thus, this amendment would hand wolf management authority back over to the very states whose management plans were found to be deficient – an action that would not only undermine wolf recovery, but also the ESA itself.