Mexican Wolves Facing Extinction at the Hands of Politicians 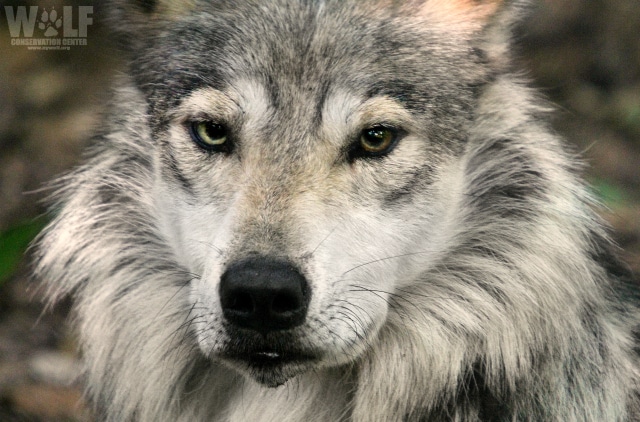 The Wolf Conservation Center is one of 54 facilities in the U.S. and Mexico participating in the Mexican Wolf Species Survival Plan – a bi-national initiative whose primary purpose is to support the reestablishment of Mexican wolves in the wild through captive breeding, public education, and research.

Because the entire existing Mexican wolf population descended from just seven founders rescued from extinction, genetic health is the primary consideration governing not only reproductive pairings, but also captive-to-wild release efforts. Although both components are equally critical to Mexican wolf recovery, release events are far less frequent than successful breeding.

The U.S. Fish and Wildlife Service (USFWS) has a responsibility under federal law to facilitate recovery of the critically endangered subspecies and releases are a central part of that effort. But because state politics continues to block release efforts, wolves bred specifically to help boost the genetic health of the fragile wild population remain in captivity.

To add insult to injury, earlier this month the U.S. House of Representatives passed two riders to the Interior Appropriations bill that aim to strip Endangered Species Act protection from all gray wolves nationwide – including critically endangered Mexican gray wolves.

Hunting, trapping, and poisoning caused the initial extinction of Mexican gray wolves in the wild. Wild lobos may face extinction again, but this time at the hands of politicians.

The clock is ticking on the lobos’ chances for survival.  Thus it’s critical that we stop allowing political considerations to govern endangered species recovery so necessary management actions urgently required for the long term survival of Mexican gray wolves can be implemented as soon as possible.

The wolves are ready and the wild is calling. Please follow the link below to urge Interior Secretary Sally Jewell to have USFWS release more wolves!

The Mexican gray wolf (Canis lupus baileyi) or “lobo” is the most genetically distinct lineage of wolves in the Western Hemisphere, and one of the most endangered mammals in North America. By the mid-1980s, hunting, trapping, and poisoning caused the extinction of lobos in the wild, with only a handful remaining in captivity. In 1998 the wolves were reintroduced into the wild as part of a federal reintroduction program under the Endangered Species Act. Today in the U.S., there is a single wild population comprising only 97 individuals – a decrease from 110 counted at the end of 2014. #MoreWolvesLessPolitics