Our tax-dollars at work… Paying to kill wolves to protect cows on public lands. 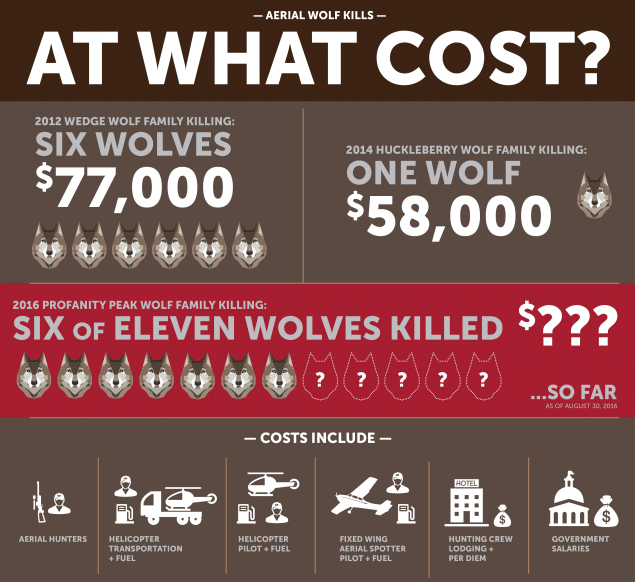 Wolves are listed as endangered in Washington; there are roughly 90 wolves in the state. It is important to note that the Diamond M Ranch livestock operator ELECTED to turn out his cattle on Profanity Peak pack’s den site. For the third time in four years, the Washington Department of Fish & Wildlife is exterminating a wolf pack to protect Len McIrvin’s cattle, a, Washington State University researcher says, after the rancher turned his animals out right on top of the Profanity Peak pack’s den.