Ten Reasons Why Wolves Are Essential 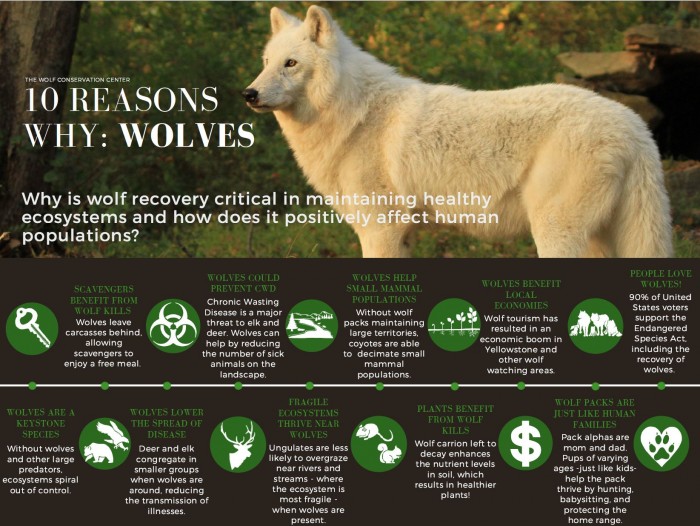 Wolves are a critical keystone species in a healthy ecosystem. A keystone species is often, but not always, a predator – like the wolf. Outnumbered greatly by their prey, predators can control the distribution, population, and behavior of large numbers of prey species.

By altering prey movements, browsing patterns, and foraging behavior (predation risk effects), wolves have an indirect effect on plant and tree regeneration. In this regard, wolves have a trickle-down effect on among animals and plants, a phenomenon known as a “trophic cascade.” When present in an ecosystem, wolves have been noted to indirectly impact trees, rivers, songbirds, beaver, fish, and even butterflies.

Without predators, such as wolves, the system fails to support a natural level of biodiversity, and may cease to exist altogether. Thus the preservation and of keystone species is essential for maintaining the historic structure and function of the ecosystems they inhabit.