A Wolf Encounter in the High Arctic 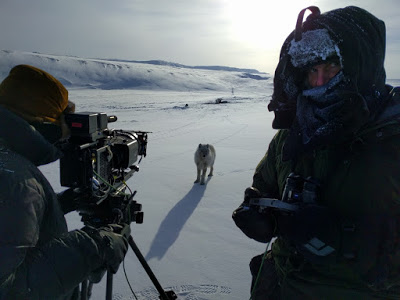 A wild encounter with a young arctic wolf at at -40°C.

Arctic wolves can be especially curious around people, much more so than their wild counterparts in other parts of the world. Anecdotal evidence suggests that arctic wolves show less fear of people because they rarely see humans and have not been subject to the intense persecution like other wolves in North America. From passing down knowledge from one generation to the next, most wolves (beyond those in the arctic) have learned that people pose a threat to survival.