Less than a Year After Losing Protections, 22 Wyoming Grizzlies To Be Hunted For Trophy 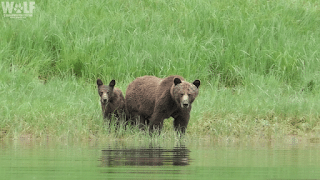 This fall, up to 22 will die at the hands of trophy hunters.

Today, less than a month after 73 scientists wrote a letter in opposition to the proposed hunting season, Wyoming approved its first hunt of grizzly bears in over four decades. The hunt will be the biggest in the lower 48 states since the U.S. Fish and Wildlife Service removed protections for grizzlies in the Yellowstone region less than a year ago.

The grizzly bear trophy hunt season will begin in the fall and target 22 bears.