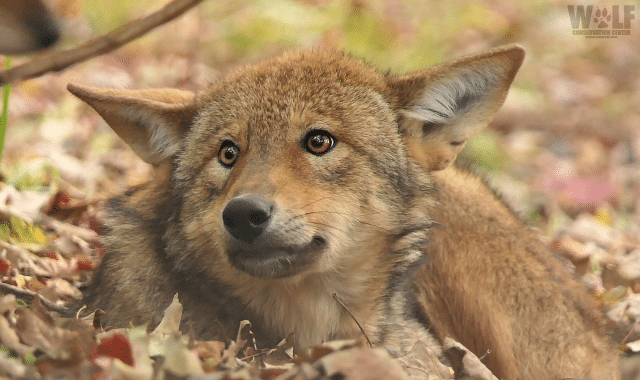 With just 24 critically endangered red wolves remaining in the wild, the red wolf is already dangerously close to extinction. We’re facing an irrevocable loss and it’s happening quickly right under our noses.

Yet earlier today, the U.S. Fish and Wildlife Service announced its decision to delay any action:

“In light of a federal court ruling issued earlier this month in the Eastern District of North Carolina, the U.S. Fish and Wildlife Service is extending its review of a proposed rule to adapt its management of red wolves in the state. The additional review time will provide the Service the opportunity to fully evaluate the implications of the court decision.”
USFWS’s decision to delay its commitment to recovering the world’s most endangered wolf comes just three weeks after a federal judge ruled that USFWS has a duty under the Endangered Species Act to implement proactive conservation measures to achieve species recovery.

USFWS’s announcement also comes one day before it’s federal proposal, announced in June, was to be finalized.

With fewer than 30 wild red wolves remaining, how much time can we afford to waste?

In June, the USFWS released its proposal for managing the last wild red wolves – a single population in eastern North Carolina consisting of fewer than 30 individuals. The Service proposed to reduce the red wolf recovery area by nearly 90 percent and limit the wild population to just 10 – 15 wolves. The proposal would also eliminate protections for any red wolves that wander off the newly-designated recovery area, effectively allowing anyone to kill red wolves on private lands, for any reason.

Endangered species recovery is a matter of pride and concern for all U.S. citizens. When USFWS solicited public comments on its draft proposal, the plan was met with near unanimous opposition from the American public. Out of 108,124 comments submitted between June 28th and August 28th, 99.9 percent favored the need for strong federal protections for red wolves.

With the opportunity to comment closed and USFWS’s decision poised to be finalized by November 30, the future for red wolves remained on shaky ground. Without renewed federal commitment to save the last wild red wolves, one of the few apex predators to roam the U.S. Southeast would be relegated to the history books.

Enter Southern Environmental Law Center (SELC), a non-profit law firm representing a coalition of conservation groups who initiated a lawsuit against USFWS in 2015 for authorizing the capturing and killing of non-problem red wolves, and abandoning conservation measures that had been used for decades. In an October court hearing, SELC asked the federal judge to intervene as USFWS’s imminent plan would hasten the animal’s extinction and be a further violation of federal law.

Examining USFWS’s decisions to allow private landowners to shoot and kill red wolves, to end captive-to-wild release events, and to end efforts to prevent hybridization with coyotes, the court ruled on November 5 that USFWS violated legal requirements to protect and recover the world’s last wild red wolves. The Judge also made permanent the court’s September 29, 2016 order stopping the USFWS from capturing and killing red wolves, and authorizing private landowners to do the same.