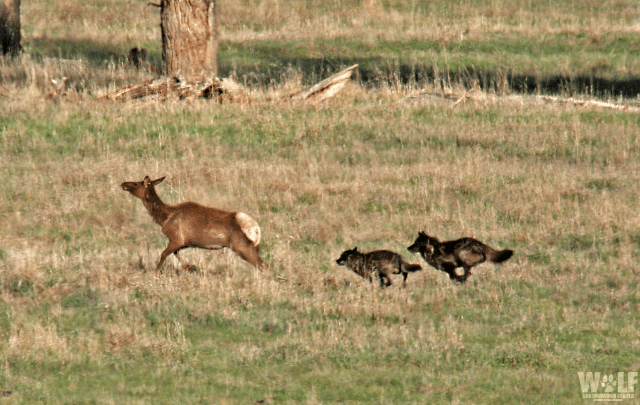 Last week the National Park Service (NPS) its Yellowstone Wolf Project Annual Report, a detailed report of wolf activity within the park during 2017.

According to the report, four radio-collared wolves died in 2017 (table 2): one was killed by other wolves, one kicked and killed by an ungulate, one died of canine distemper virus (CDV), and one died of unknown natural causes (necropsy was delayed due to remoteness and exact cause of death could not be determined). All ranged from six and a half years to eight years old.

Wolf populations regulate themselves by natural forces such as intra-pack strife, competition with neighboring packs and predators, and ailments like distemper and mange.

But with authorized wolf hunts in every state that borders the park, Yellowstone wolves face unnatural threats too, and some not lawful.

According to the report, staff recorded six uncollared adult wolf deaths and they were all caused by humans. Five were killed during the wolf hunting season in Montana (one old adult, three adults, and one pup) and one, the 12-year-old white matriarch of the Canyon Pack, was illegally shot inside park boundaries and had to be euthanized by park staff.

Hunting wolves in the greater Yellowstone region conflicts with Yellowstone’s mission to protect the animals for study and for people to view.

A 2017 scientific visitor survey found that the number one draw to Yellowstone is wildlife – specifically wolves and grizzly bears.

Should communities surrounding Yellowstone in Wyoming, Montana, and Idaho give greater consideration the economics of wildlife watching? Perhaps then would they would understand that wolves are more valuable alive than dead, and their current policies are indeed killing the “golden goose.”