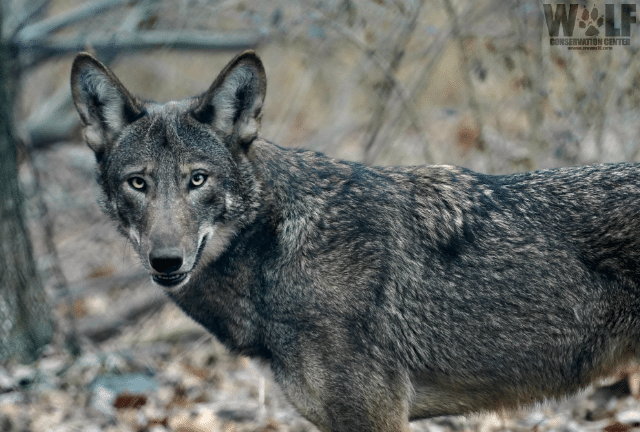 Yesterday, red wolf Everest (F2204) arrived at the WCC from the Tallahassee Museum. Once she settles in, the dark beauty will be introduced to red wolf brothers Moose Jr (M2119) and Tyke (M2118) in hope that Everest will fall in love with one of the brothers and make a valuable contribution to the recovery of their rare species by having pups in the spring.

Genetic diversity is the primary consideration in the selection of Mexican wolf breeding pairs. The Species Survival Plan (SSP) management group for the red wolf determines which wolves should be bred each year by using software developed for the population management of endangered species. This is necessary because all red wolves descended from just 14 founders rescued from extinction.

We won’t know the outcome of a potential union until “pup season” in April or May. But in the meantime, throw back your head and let out a long welcoming howl for the newest member of the WCC family!

Check in on her via live webcam!