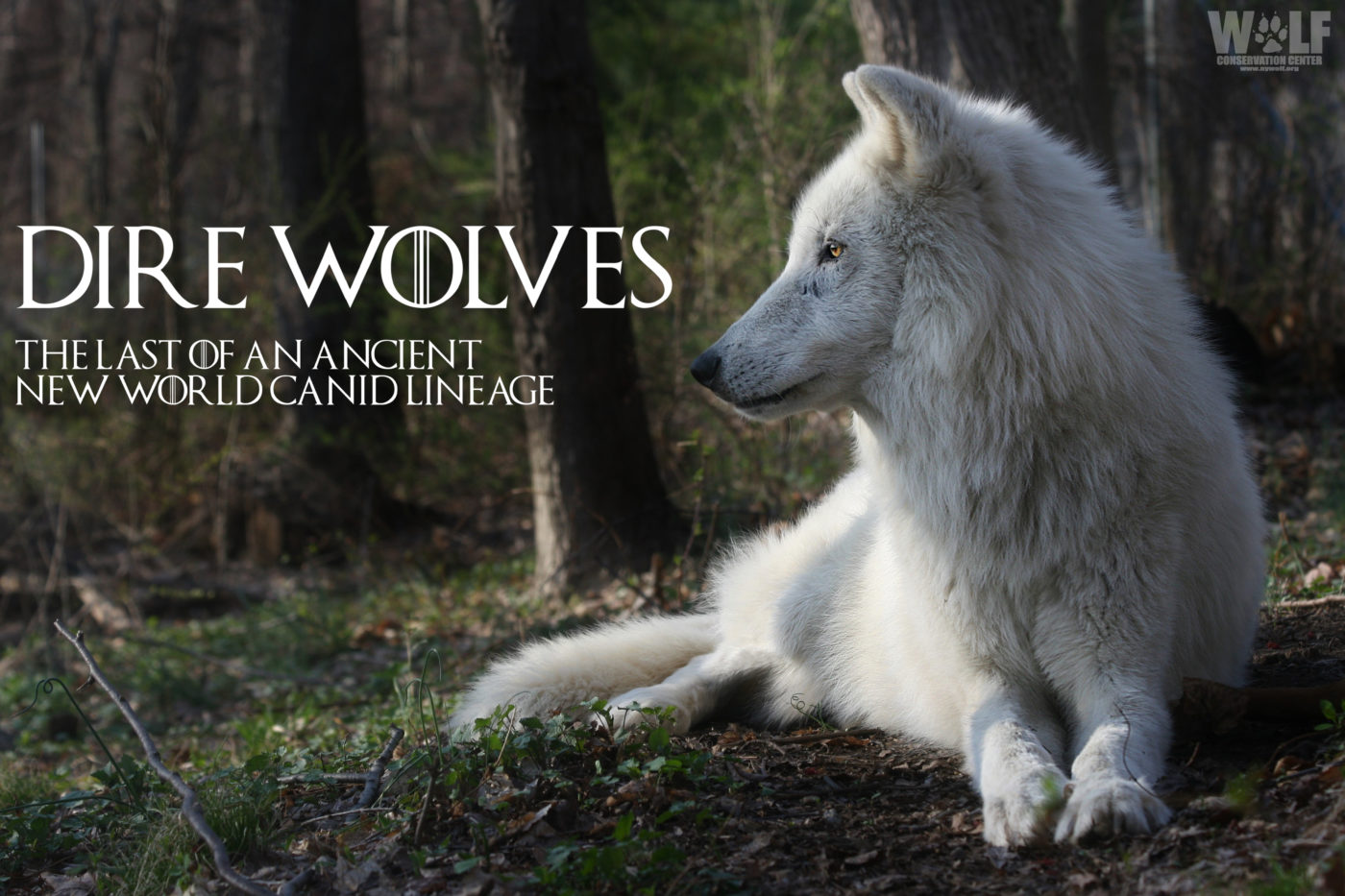 Game of Thrones was a popular television show that made dire wolves famous. But unlike many of their mythical counterparts in the show (dragons, giants, and White Walkers) the dire wolf was once very real!

These prehistoric canines were one of the most common and widespread large carnivores in Pleistocene America, yet relatively little is known about their evolution or extinction.

To reveal the dire wolf’s true evolutionary identity, an international team of scientists led by Dr. Angela Perri analyzed dire wolf sub-fossil remains dating from 13,000 to more than 50,000 years ago. Their sequencing of the dire wolf genome revealed that although they were similar morphologically to the gray wolves who exist today, dire wolves are not wolves at all! Their DNA showed that the species’ lineage split off from other living canids (like wolves and coyotes) around 5.7 million years ago. This suggests that dire wolves evolved in isolation from the Pleistocene ancestors of wolves, on a separate branch so far from other canids that the dire wolf is not just a separate species, but a separate genus, and the last of its now extinct lineage.

Join the Wolf Conservation Center and Dr. Angela Perri on February 25 at 2:30 PM EST for a FREE webinar about the evolution of dire wolves and their potential New World origins, in contrast to the evolution of gray wolf ancestors in Eurasia.

*Note: Wolf in cover photo is not a dire wolf – he is an Arctic gray wolf.